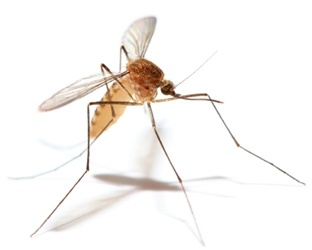 Mosquitoes can quickly ruin a nice day or evening outdoors with their itchy bites. However, mosquito bites can also cause illnesses, some of which can be quite serious. The three mosquito-borne illnesses you’ve likely heard of, and that cause the biggest health issues, are Zika virus, Malaria, Chikungunya, and West Nile Virus (WNV).

Zika virus is spread through the bite of an infected Aedes species mosquito. Only about 1 in 5 people infected with Zika will develop symptoms. If a person does develop symptoms, they’re usually mild and include fever, rash, joint pain, or conjunctivitis. However, researchers have been exploring the possible link between pregnant women who get the Zika virus and microcephaly in their babies. Microcephaly is a birth defect where a baby’s head is smaller than expected. This birth defect can result in seizures, intellectual disabilities, developmental delays, among other problems. The Centers for Disease Control and Prevention recommends that all pregnant women consider postponing travel to areas where Zika virus transmission is ongoing. The Zika virus has been found in Central and South American countries, the Pacific Islands, Southeast Asia, and areas of Africa. Recently, a locally transmitted Zika virus has been reported in the Commonwealth of Puerto Rico. There is no vaccine to prevent Zika virus, only symptomatic treatment.

Malaria is not usually spread in the United States (U.S.) but we do see cases each year from people who have traveled to parts of the world where it is readily found. Malaria is often found in Central America, South America, Africa, and Asia. Classic symptoms include chills, fever, nausea and vomiting, body aches, and general malaise. Severe malaria can cause anemia, blood in urine, neurologic issues, and kidney failure. Malaria should be treated urgently.

Chikungunya (\chik-en-gun-ye) outbreaks have occurred in the Caribbean and Pacific but also in Africa, Southern Europe, Southeast Asia, and countries of the Indian and Pacific Oceans. Chikungunya cases have been reported in the United States. It is rarely fatal but can cause severe joint pain, high fever, rash, joint swelling, and headaches. There is no vaccine for this virus, only symptomatic treatment.

West Nile Virus (WNV) can be found in every state in the contiguous U.S. The summer of 2012 experienced one of the largest national outbreaks of WNV. The intensity of the disease fluctuates each year due to factors like weather, bird and mosquito populations, and human behavior. About 70-80 percent of people infected with WNV will not have symptoms. The rest will get a fever, headache, joint pain, rash, vomiting, and diarrhea. About 1 percent of people with WNV experience very severe symptoms of encephalitis or meningitis.

What you can do: