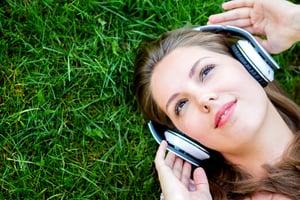 1 in 5 Americans over the age of 12 suffers from some sort of hearing loss.  1 in 8 have hearing loss in both ears.  These numbers increase dramatically as we get older.  One-third of people 65 to 74 have hearing loss, growing to nearly half of the population age 75 and older.  Hearing loss is the third most common chronic health condition in seniors.

While the causes of sudden hearing loss, like an ear infection, damage from a loud noise, or an injury like a perforated ear drum are easy to identify, the sources behind a gradual reduction in hearing can be less obvious.  Reduced hearing in one ear can be caused by something inside of the ear like fluid, a buildup of skin cells, or a bony growth, known as cholesteatoma.  However, when gradual hearing loss occurs in both ears it is typically due to sustained exposure to loud noises and aging.

Some types of hearing loss can improve on their own, although, it is a good idea to see an audiologist if your hearing is in decline. For gradual hearing loss, it is often a permanent condition.  However, there are treatment options that can restore your ability to hear.  These include:

Once gradual hearing loss begins to present itself, it can be treated.  It can also be prevented.  Everything from minimizing the volume of your television and radio to wearing ear protection in noisy environments can protect your sense of hearing.

If you are in the Greater Baton Rouge area and are suffering from signs of hearing loss, contact Lane Audiology Center and request an appointment with audiologist Heather O'Laughlin by clicking the button below.