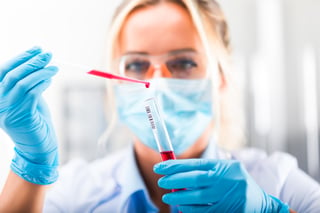 While many are not as familiar with blood cancers as those affecting the lungs, breasts, or colon, this subgroup accounts for over 10 percent of annual new cancer diagnoses.  They are also among the most common form of cancers to affect children and adolescents.  Originating from the cells within the blood, there

are many types of blood cancers ranging from slow-growing to very aggressive.  Most of these, however, regardless of their intricacies, are categorized within one of the following three main types:

When it comes to hematologic cancers, leukemia is likely the most recognizable.  While often associated with childhood cancers, the various forms of leukemia actually affect a greater number of older adults than children.  There are many subsets that fall under leukemia.  Each develops when immature blood cells multiply and crowd out healthy ones in the bone marrow.  However, they are largely differentiated by their level of aggressiveness and the particular type of blood cells from which they originate.

Multiple Myeloma is a form of blood cancer that originates in the blood’s plasma cells and forms tumors within the bone marrow.  It is a particularly rare form of cancer, but the age group most often impacted are adults over the age of 65.  In cases where the disease is not producing symptoms or showing signs of progression, treatment may not yet be needed.

While the third form of blood cancer is lymphoma, there are actually two distinct categories within this form under which all sub-types will fall:

Non-Hodgkin Lymphoma is one of the most commonly occurring forms of cancer, accounting for up to 4 percent of all cancer diagnoses.  It is similar to leukemia in that it most often impacts older adults but is also one of the more commonly occurring childhood cancers as well.  In total, there are over 60 total subtypes of Non-Hodgkin Lymphoma.  These are differentiated by their aggressiveness and which type of cell they originate from: B, T, or NK.

Like Non-Hodgkin Lymphoma, Hodgkin Lymphoma originates in the lymph system from white blood cells called lymphocytes.  Most often, these cases begin in B-cells.  However there are a couple of key differences between these two forms of hematologic cancer.  Hodgkin Lymphoma, for instance, is not common in children and is most often found either in those in their early 20s or over the age of 55.  And, the most important distinguishing factor is the presence in Hodgkin Lymphoma of a specific type of abnormal cell known as a Reed-Sternberg cell.

While any form of cancer is a frightening prospect, the outlook for many patients suffering from hematologic cancers is quite good given the appropriate hematology and medical oncologists and treatment regimen.  To learn more about the various forms of blood cancers and their treatment protocols, click below to download Lane Cancer Center’s free guide, “Hematology Oncology: A Guide to Blood Cancer Types and Treatments.”