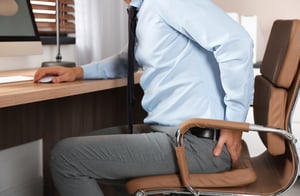 Hemorrhoids affect millions of Americans each year.  Yet, the condition still carries a certain stigma and level of embarrassment.  Patients who suffer from them often find themselves looking for a solution that is both effective and long-term.  In cases where hemorrhoids are particularly bothersome or persistent, treatment may need to go beyond home remedies and over-the-counter medications to removal by a physician.  One of the most common and effective techniques for this type of treatment is hemorrhoid banding.

Hemorrhoids come in many shapes and forms.  They can be located internally or externally.  Some will be completely asymptomatic, while others can cause multiple symptoms, including pain, itching, bleeding and burning.  For those that become symptomatic, the first course of action is typically the use of home remedies such as sitz baths, topical creams, and pain relievers.  In most cases, these methods will satisfactorily address the condition.  However, some will continue to cause problems and may even worsen despite treatment attempts.  These are the cases for which hemorrhoid banding may be appropriate.

How is Hemorrhoid Banding Performed?

Hemorrhoid banding may sound less than pleasant, but the procedure is surprisingly quick and largely free of discomfort.  In a matter of minutes or even less, the affected tissue is isolated and a small rubber band placed around the hemorrhoid.  This band slowly cuts of the blood supply to the hemorrhoid, causing the tissue to gradually shrivel, die, and fall off in a matter of 1 to 2 weeks.  The process is largely non-invasive, free of complications, and delivers lasting relief from the removed hemorrhoids in the vast majority of patients.

While banding will be effective for most patients, there may be cases where surgical removal of hemorrhoids is needed.  These are often instances which are more severe or in which banding has been attempted but failed.  This procedure is known as a hemorrhoidectomy and is typically performed in an outpatient setting. About 95 out of 100 patients will not have a recurrence of their hemorrhoid following removal.

In the greater Baton Rouge area,Lane Surgery Group provides all manner of general surgery procedures, including the removal of hemorrhoids.  If this is a condition from which you suffer, speak to your physician about viable treatment options and if removal by a Lane surgeon may be right for you.