Warning Signs You May Need Your Gallbladder Removed 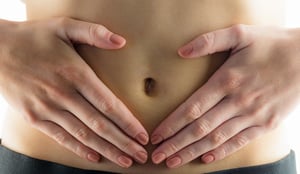 The human body contains a few organs that may leave you scratching your head as to their purpose.  Why do we have an appendix or wisdom teeth for instance?  Science refers to these as vestigial organs, meaning that while they were once useful, they serve no purpose to humans today.  Then, there are organs such as the gallbladder that are a step above vestigial organs in their function but which the body can still function just fine without.

What is the Purpose of the Gallbladder?

The gallbladder’s role is in digestion, and while it does serve a purpose, it isn’t essential.  This small, pear-shaped organ is located just below the liver.  It stores small amounts of bile that are released into the small intestine after eating to aid in the digestion of fats.  However, it can also become the source of painful and troublesome symptoms should it become inflamed or develop gallstones.

Symptoms of a Gallbladder Problem

The primary source of problems within the gallbladder, including inflammation, stem from the development of gallstones.  These hard deposits of digestive fluid can occur in the gallbladder itself or in the bile duct, and they can range in size from as tiny as a grain of sand to as big as a golf ball.  Some patients may only develop a single gallstone, while others will have several.  However, it is not the presence of gallstones but the complications they cause that may necessitate surgery.  When these deposits develop and cause a blockage in the bile duct, the bile is unable to circulate out of the liver as normal, building up and resulting in painful inflammation in a condition known as cholecystitis.  The symptoms associated with the condition include:

If left untreated, the complications could lead to an infection or even cause the gallbladder to tear or burst.

What Can You Expect from Gallbladder Surgery?

If gallstones have been identified as the source of your symptoms, treatment options could include dietary changes and medications to dissolve existing gallstones or prevent the development of new ones.  However, surgical removal of the gallbladder (cholecystectomy) is the most common treatment.  Fortunately, the procedure is common and has minimal risk of complications.  Most frequently, it is performed on an outpatient basis using minimally invasive laparoscopic techniques.

After the procedure, patients are generally able to go home the same day, barring complications.  Full recovery may take up to a week, and most can return to normal activity within a few days.  While digestive complications following the surgery are rare, some patients experience side effects such as loose stools that tend to resolve over time.

If you have been experiencing symptoms associated with gallstones, do not put off a visit to your physician.  It is unlikely that the condition will resolve on its own.  In fact, it may worsen and lead to more severe complications down the line.  Gallbladder removal is not only simple, but it is also highly effective at alleviating symptoms once and for all, allowing patients to once again eat and function without discomfort.

The team at Lane Surgery Group perform cholecystectomies regularly and with great results.  Click below to learn more about our team and facility.