The 3 Levels of Autism Explained 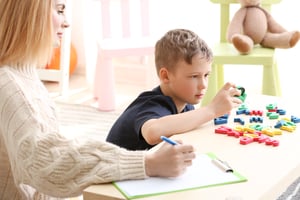 Autism is a diagnosis that often carries a certain connotation. Those who are unfamiliar with the nuances of autism spectrum disorder (ASD) may assume that all children on the spectrum participate in repetitive behaviors, don’t make eye contact, and are largely non-verbal. While these signs can certainly be present, there are many children who fall within the spectrum whose symptoms are far milder and even those whose symptoms are more severe. It’s a wide and diverse range of possible complications, and despite what some may think, children within the spectrum do not all fall into neat little categories. For that reason, the classifications of ASD have changed significantly over the years.

Much of the misconception surrounding ASD comes from terminology that was used prior to 2013. In this prior classification system, children fell into one of the following three categories:

While the old system of classification may seem a little more cut-and-dried, the subtle differences that often distinguished one from the other left room for a lot of confusion and much was open to interpretation. To address this, ASD is now categorized into three different levels, indicating what level of support a patient may need.

Parents of a child with suspected or diagnosed ASD need the support of a knowledgeable and understanding pediatrician. At Lane Pediatrics, our physicians fit the bill with experienced, compassionate, and comprehensive care. Learn more about them and our pediatric services by clicking below.