One of the Most Important Things You Can Do for Your Child: Get Them Vaccinated! 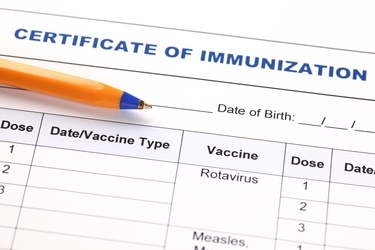 Every spring, National Infant Immunization Week is observed to promote the benefits of childhood immunization.

Early vaccination is encouraged against 14 vaccine-preventable diseases, including:

"Microorganisms can be viruses, like the measles virus, or they can be bacteria, like pneumococcus. Vaccines stimulate the immune system to react as if there was a real infection. The immune system fights off the ‘infection’ and remembers the organism so that it can fight it quickly should it ever enter the body again.”

While some may question the need for vaccination against diseases that are rare in the United States, ensuring that your child is vaccinated is critical as, although uncommon, many of these diseases can lead to severe illness and, even, death. Additionally, without continued nationwide infant immunization, there is an increased risk that one of these diseases could, once again, become epidemic.

A common concern about immunization is the association of infant vaccination with autism.A clinical study connecting the two received considerable international attention a couple of years ago, but has, more recently, been proven false and retracted.

Another concern about immunization is that children will have serious reactions to a vaccine or possibly acquire the illness the vaccine is supposed to prevent.

"Because the components of vaccines are weakened or killed, and, in some cases, only parts of the microorganism are used, vaccines are unlikely to cause serious illness,” says Bellefontaine. "Some vaccines may cause mild reactions, but serious reactions are rare.”

More severe reactions, including severe allergic reaction and seizures, are possible, but rare and occur in fewer than one of one million doses, according to the Centers for Disease Control and Prevention (CDC).

The CDC offers this timeline for getting your children immunized:

It is common for parents and caregivers to have questions about what is best for their children when it comes to vaccines.To learn more, talk to your pediatrician or Lane Regional Medical Center’s Baton Rouge Family Practice.